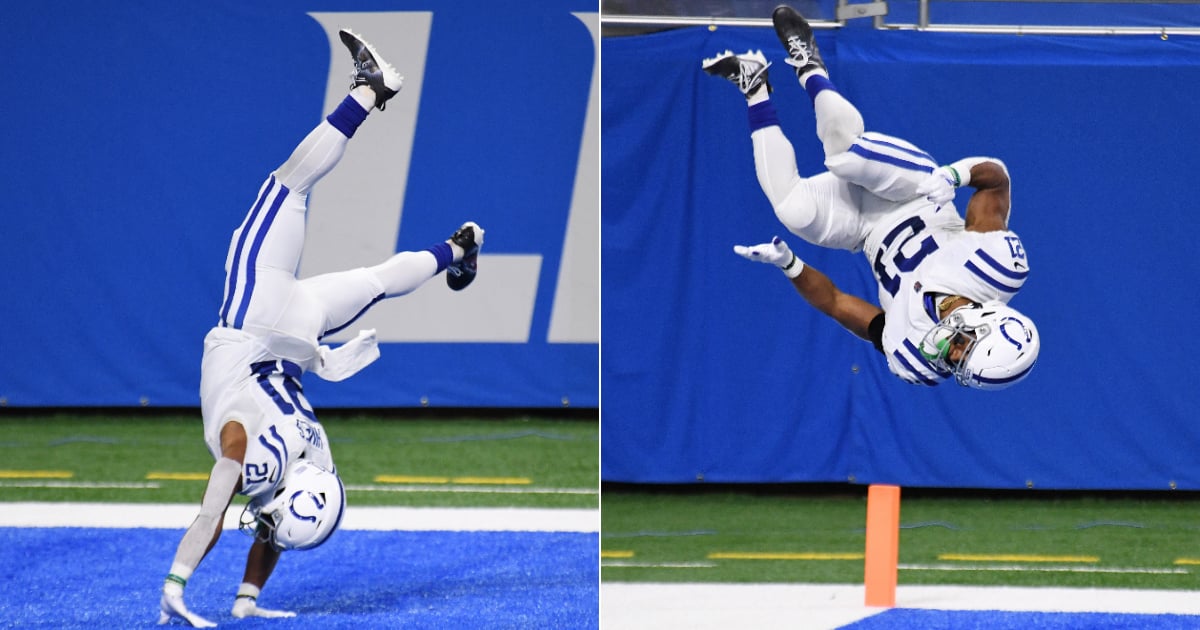 The Indianapolis Colts won their football game against the Detroit Lions on Sunday, Nov. 1, 41 to 21, and two of the touchdowns were scored by running back Nyheim Hines. The player, though, didn’t celebrate with an ordinary touchdown dance; instead, he effortlessly performed a flip in the end zone — a roundoff into a backflip with a full twist to be exact (otherwise known as a “tuck full“). Watch the first of these celebrations in the video above. Simone Biles herself even commented “so impressive” on Twitter.

Hines was drafted by the Colts in 2018 and played Division I football at North Carolina State University. In a postgame interview, he said that he learned this flip in middle school. “I learned how to do it on a trampoline, and then I just went on the ground and threw it, so I’ve been able to do it for 10-plus years now,” Hines noted, adding that he wanted to celebrate with this signature move since the start of his NFL career.

The fact that Hines impressed a world-class gymnast like Biles is a great accomplishment. By the looks of it, his skills span beyond the football field and into the air. He didn’t quite stick the landing, but winning Biles’s approval deserves gold.